Hip-Hop’s Five Percent: An Interview With Lord Jamar (Part One) 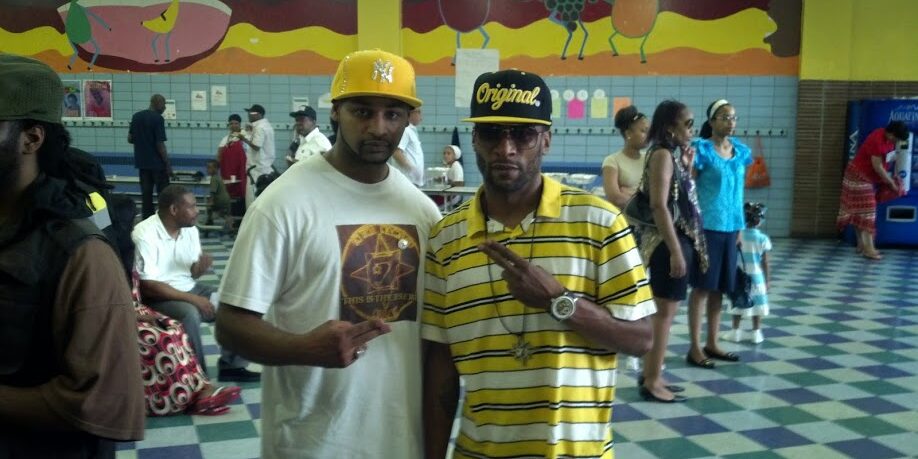 One for All, Brand Nubian’s first and controversial record was released on December 4, 1990. The group was not only inspired by the teachings of the Five Percent Nation of Gods and Earths, the members were and continue to be members of the Nation today. In July 2014, I met with actor and recording artist, Lord Jamar of Brand Nubian to discuss the NGE influence, the turning point of Hip Hop, and how this unique genre of music could possibly return to its conscious roots (as discussed in The Righteous Way – Golden Jubilee Edition).

SA: A recent event that went down was the Brooklyn Hip Hop festival. What was that experience like, God?

LJ: I thought it was Peace! I was looking forward to seeing the brother Jay Electronica. When he showed up with the Fruit of Islam (F.O.I.) like that. Well actually when I got there, I saw the F.O.I. were there and they were saying that they were there for Jay Electronica, I said okay. When he came, he came with a swarm of F.O.I. I didn’t know what time he was coming, I said okay, I thought that was Peace. We haven’t seen (especially in Hip Hop) any kind of positive example as a black man being represented in quite some time.

SA: It was something different?

LJ: Yea, definitely was something different. I feel that kind of positivity can be used right now in Hip Hop and you know, a lot of the things that were dominant and help shape and mold Hip Hop. Especially the Gods and Earths, we haven’t really been in the lime light like we use to be as of lately. So, with that being said, again I felt it was positive to see him (Jay E.) representing the NOI, you know he had his suit on and all that. They were all moving as one and looking sharp and strong. Again, I felt like that was Peace. We ended performing (Brand Nubian), it was great; response was great, the whole crowd response was great. Later on, when he performed, I didn’t witness this, but at some point, the chain that Jay Z has with the Universal Flag on it the he purchased with his own money, that is his property (whether we like it or not). (*chuckles)

LJ: Later on, he (Jay Z) pretty much bestowed the chain to Jay E on the stage, but when I saw him again (because I saw him earlier) he greeted me, and then I saw him again they wanted us to take pictures. I ended up taking a picture with him and I saw he had the flag on. My thought was oh okay, Jay let him wear the chain or something for a little while today. I really didn’t know what the science was behind it with all the commotion going. That wasn’t the time or the place to start trying to grill somebody about the purpose of the chain, or why they have the chain. I just did the knowledge to it.

SA: Right! That is what the civilized is supposed to do.

LJ: Yea, that’s what you do first; you look, listen, observe, also respect. If I was to do wisdom knowledge that brings about a bad understanding. I did the knowledge to what was going on. At no time did I come in contact with Jay Z. That day, I would have had to really try to follow him and chase him down and I don’t do that for nobody.

SA: You ain’t supposed to, God

LJ: Yea, so you know he was surrounded by a lot of people. The only reason (Jay E), I got to him is because he spotted me and he came to me, or else I wouldn’t have been able to get to him either by the way he was surrounded. So, I say all that to say, I’m just telling my story and experience of what I went through that day. When people saw the picture of us, there were a lot of people who had a problem with it. All I can state to that is everybody has their own understanding of how they see things. You can’t expect me to react the way you would react. You see what I’m saying.

LJ: If you act a certain way in your cipher, then that’s how you do it. But I didn’t look at it and have any sort of problem with it at the time. So never in my mind would I think to snatch this off his neck.

SA: That wouldn’t have been right and exact anyway.

LJ: Of course, that wouldn’t have been right and exact. We are not here to be robbing our brothers and sisters, you know what I mean. I feel like Jay E and I’m talking about Jay E, I’m not talking about Wakeel. A lot of people act like they got problems with the brother Wakeel. I don’t know Wakeel like that either, I never really spoken to Wakeel, other than Peace or wassup. I have also read sections of his book. That being said, I feel the brother Jay E has been shaped and molded by the different things. He has been shaped and molded by the Gods &amp; Earths, the NOI, the streets, Christianity and Buddhism. I think he wears a lot of these different things on his sleeve and I feel that he wants to represent the different things that has shaped and molded him. Now sometimes these ciphers are going to intertwine with each other. We can let this be teaching opportunities for us. What we need to do is do our duties and stop worrying about what someone else is doing.

SA: That’s right. The builders are going to build. That’s what it’s for, the opportunity for brother to build and teach the people out there that’s wondering what that flag is about. There’s your opportunity right there to raise the dead or to as we say give the light to those who are in the darkness. Just bringing it back a little bit to what you mentioned earlier about Hip Hop. It being a positive influence and a positive gesture, something that Hip Hop hasn’t really seen in quite a while. This is concerning the state of Hip Hop – I remember watching a video on VLAD TV, you spoke about Hip Hop being our house. We are the originators of it and other folks (white in particular) being a guest in our house; and I get that message real clear. But when it comes to the nation would this apply to the nation as well? We are the originator of it and what we are seeing is more and more people (because of Hip Hop, white people in particular) who are interested in becoming a part of the nation per se. We could end up seeing a similar trend where people start participating in the culture and next thing you know it’s almost like a takeover type of issue. How do you see that?

SA: He did his homework as far as Hip Hop goes.

LJ: You have to learn to do like the original man. But now you got white boys out here that don’t care about the culture. They didn’t study from 35-50 years, because within that 35-50 years, you learn who the original man is, you learn who you are. So, you know your place in this universe and you know that you (Caucasians) are NOT the Supreme Being black man, you know you’re NOT supreme in this Hip Hop shit. You’re just a carbon copy; you’re imitated just like on the planet earth. So Hip Hop is a microcosm of what’s going on in the world and within our nation we have prescribed laws, but we have to make sure that we enforce these laws.