WHAT WE BUILD: An excerpt from “The Righteous Way” book 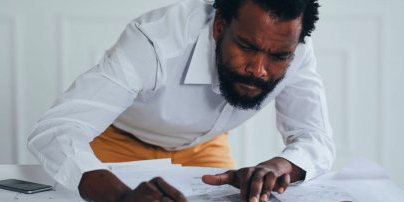 The following is an excerpt from The Righteous Way (Part 1), chapter 19, page 233. It’s an allegory, that is, a story with symbolic meaning. But it’s written in a way that a person of average intelligence will get it. This rare form of writing was chosen to represent values we sometimes take for granted. So, without further adieu:

After 48 years of impeccable service and workmanship building homes, an elderly master carpenter was ready to retire. In his many years of service, he was regarded as one of the best at his craft. At the completion of every project he would etch his autograph in a discrete, but accessible location,proudly identifying the creator.

This practice was well known, for he would never leave his mark in the same place twice. Proud homeowners would meticulously search for the signature of this master builder and then celebrate in grand jubilation at the discovery, as if they found a 50 karat diamond, with flawless clarity.

The carpenter told his employer/contractor of his plans to leave the home building business and live a more leisurely life with his wife and children. His employer inquired as to whether he was financially set to retire and he said he would need to manage his money wisely. He would without a doubt miss the paycheck, but it was time for him to retire and he should get by.

The contractor was sorry to see one of the best craftsmen he had ever had leave the business, but he knew he served him well and would wish him the best. However, before his departure, the contractor asked if he would build just one more house for him as a personal favor. The carpenter was hesitant to accept but felt that after several years of steady employment he would do his contractor/employer one final favor.

As construction of the new home began, it was easy to see that the carpenter’s heart was just not into his work as it had so meticulously been in the past. He resorted to shoddy workmanship and used inferior materials just to get the job done. Besides the inferior workmanship, the house was unlike any other that he had ever constructed. There was no signature left at the completion. It was an unfortunate way to end his career.

When the carpenter announced the completion of the home, the contractor came to see. From the outside, everything looked fine, but under the brick and mortar was a less than stable structure. The contractor told the carpenter what a fine job he did and then reinforced how much he will be missed. After the heartfelt exchanged of appreciation the contractor handed the front-door key to the carpenter. “This is your house,” he said. “My gift to you for all the years you have worked so hard for me.”

The carpenter was stunned! If he had only known he was building his own house, he would have done it all so differently. Now he had to live the rest of his life in the house he had built haphazardly.

Some of us are no different than the carpenter. Too often we build our daily lives in a haphazard or distracted way, reacting rather than acting. We built America, work hard for other companies, spend our money with all the top companies, but often put out less effort than our best when it comes to building something for ourselves and our children.

Then in shock and horror, we look at the situation we created and find out we are living in the house we built. If only we had realized that in the beginning, we would have done things differently. We would have taken our time and been more careful. We would have paid more attention. We would have worked with more pride and honor. We would’ve done it the right way.

As we build with Supreme Mathematics, let’s start with a clear blueprint. Our lives and legacies are largely the results of our attitudes and the choices we make. Tomorrow’s reality will be the result of how wisely and consistently we build today. Let’s make supreme plans and put our hearts and minds into the work of building our communities. After all, we have to live in them.