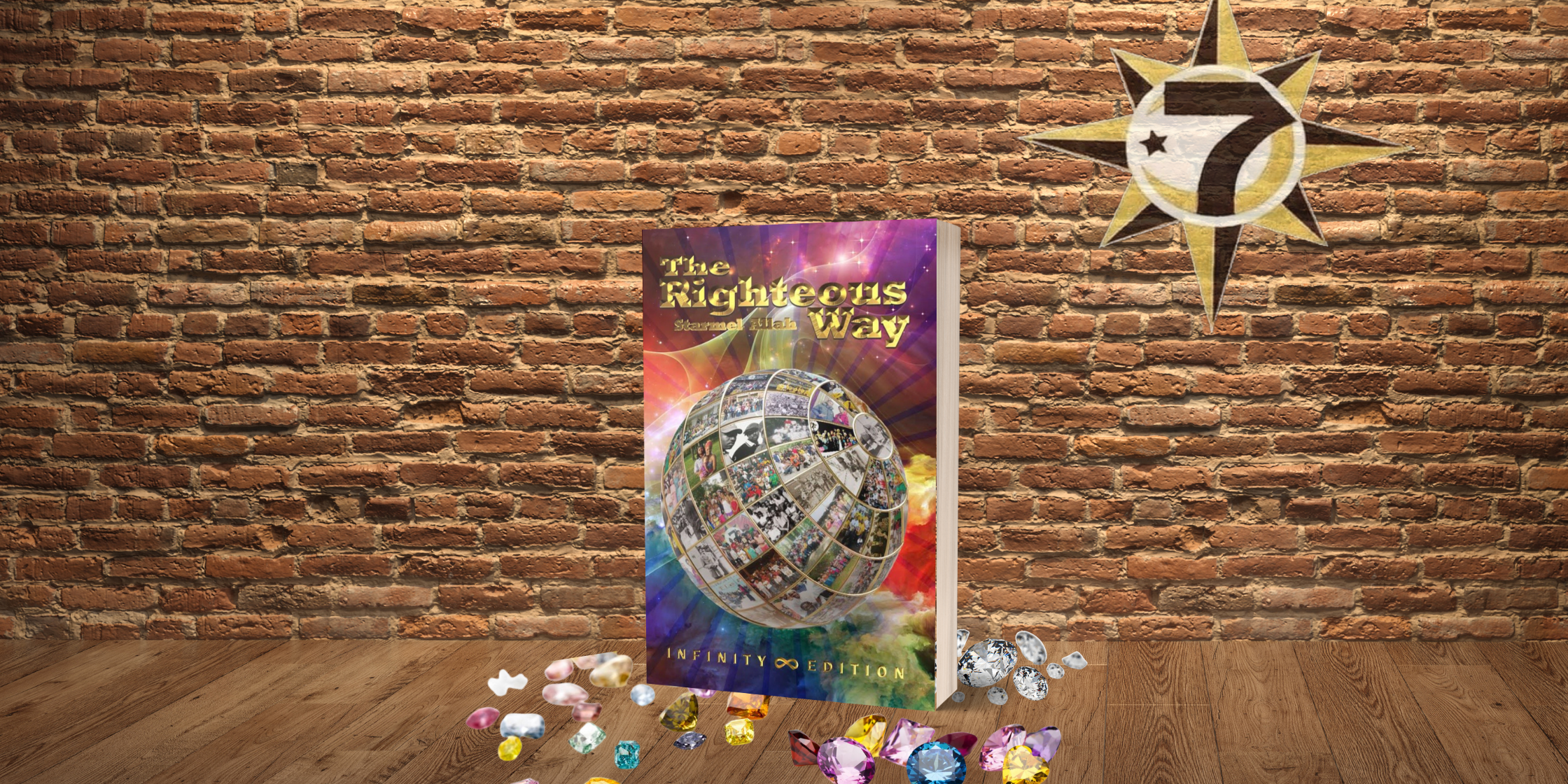 Five Percent Nation author, Starmel Allah has released his third book, The Righteous Way: Infinity Edition. This is the third and final installment of The Righteous Way Trilogy series. The Infinity Edition aims to empower readers by showing them how to tap into their infinite potential. Here, Starmel delves further into the Knowledge of Self by discussing the limitations and powers of the mind. He provides a basic framework for readers to take charge of their destiny by finding their purpose and becoming their own master. But the jewels in this book don’t stop there.

The Infinity Edition was edited by Sunez Allah, author of The Filtered Real and educator of the P.E.A.C.E. Course at Allah School in Mecca in Harlem, New York. It includes a compelling foreword written by Elamjad Born Allah, one of the founding editors of The Five Percent Nation’s first newspaper, The Word.

For the first time ever, in an exclusive interview by Hip-Hop journalist, Ime Ekpo (Queen I-Wisdom Earth) the legendary Big Daddy Kane delves into his experiences as a (former) member of The Five Percent Nation.

The Righteous Way Trilogy was carefully written to bring greater exposure to the ethical and moral foundational teachings of the Five Percent Nation and how those teachings can be applied in a righteous way. Three books were necessary to give readers the in-depth attention and context they deserve to effectuate Knowledge, Wisdom, and Understanding.

Starmel Allah is a prolific NYC-based author and active member of the Five Percent Nation. He is best known for the first edition of The Righteous Way Trilogy, regarded to be a classic Five Percent Nation publication, and his advocacy for the Nation of Gods & Earths in state and federal courts.