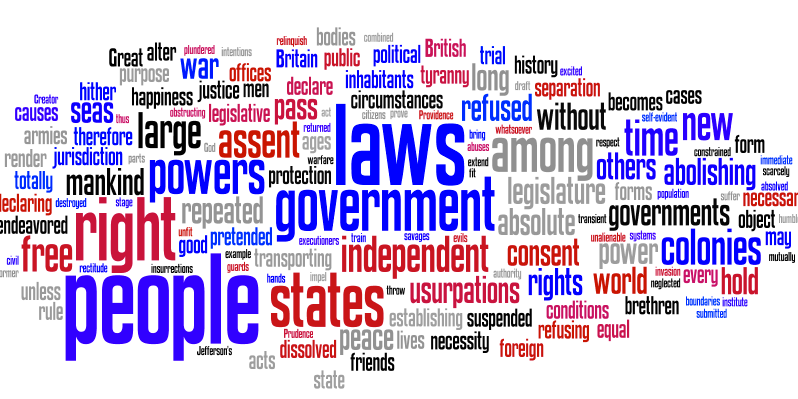 This is not a lesson in Latin or British politics. Rather, this is a lesson about the spreading of knowledge and misinformation. This is also about the importance of education from a Nation of Gods & Earths perspective. Vox populi, Vox Dei is Latin for “the voice of the people is the voice of God.” The term is more of a political term than it is a religious one. It concerns governance. In fact, this saying can be traced to the clashing of the church and the crown in English political history. My goal is to tie vox populi, vox dei to improving our civic engagement.

The beginning of America included a democratic process exclusive to wealthy or property-owning white males. The system excluded all those regarded as “minorities” from having a say in the shaping of policies which ultimately resulted in grave socio-economic inequalities. Naturally, people raised their voices against the Establishment. The revolutionary Black Panther Party, for example, inspired many with “all power to the people” to speak out in protest of these inequalities in the 1960s. But, many of these inequalities still exist today. Since the 2008 election, more and more people have become politically engaged. For some of us, our engagement needs stepping up, though. We have to educate ourselves about the issues in order to be effective in addressing them.

This is the direction Allah led his Five Percenters in. It wasn’t just about protesting the rich, ruling class domination of society. It was about empowering ourselves through education and organizing our communities. A voice with no education or unity, however, is a mistake many people repeat. For Gods & Earths, today’s Supreme Mathematics is Knowledge which should be the foremost thing we need in everything we do. We must always focus on the ACTUAL FACTS rather than the “alternative facts.” We must also think about the building process. Building doesn’t just happen at the rally or Parliament. Building must take place after the rally and Parliament.

For those who are not Five Percenters (Gods or Earths), January is generally accepted as a new year (even though the beginning of spring marks a new year). Putting that issue aside, if people want change for the new year, great! Change your life for the better! BUT, our choices, our voices, and our decisions today must be based on actual facts instead of alternative facts and fake news. We must also be careful not to share fake news. Before you share something, understand that by sharing information you have not researched or verified is dangerous. You can be leading people in the wrong direction. Look what happened in the 2016 election!

Intellectual laziness, short attention spans, and lack of critical thinking are some of the causes of poor decisions. A woman told me one day she is a woman of God, but that she doesn’t read anything. She didn’t even read the Bible. Her knowledge came from guesswork and instinct mostly. While this might have been okay for her, it isn’t okay for her child who looked to her for help with homework. Disagreeing with formal education doesn’t mean it’s okay to neglect your child’s education. What I mean by quality education is two-fold. There’s the knowledge we get from school and there’s the knowledge we get at home. Many parents today mistakenly depend on schools to raise their children while they work. As a single mom with a pre-teenage boy to raise, she needed to be informed about things happening in her community. She told me she didn’t need a formal education, and she relies mostly on social media.

If you disagree with systems of formal education, by all means educate yourself. Learn what is happening in your community by being informed. Research and verify information before you share it. Discuss the issues with each other as intelligently as you can. Teach your children about current events. I can ‘t begin to tell you how many children are unaware of current events because mommy or daddy are too busy partying, hanging out, or spending too much time on social media. Let’s be hard on these issues, not on each other because the voice of the people is the voice of God.

For more on the topics discussed here, order your copy of The Righteous Way (Part 1 & 2) right here at https://therighteouswaybook.com. PEACE!