The Black Vote: Issues That Matter. 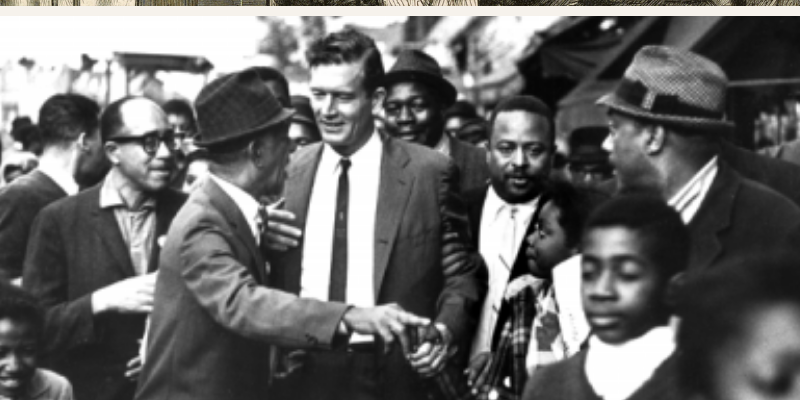 What do Black voters care about and want? Lessons learned from the history of Allah’s Five Percenters in New York City shines some light on issues of race and inequality in America. In this article, we briefly compare two former New York City Mayors – John V. Lindsay and Michael Bloomberg.

As Michael Bloomberg, campaigns for the 2020 Democratic presidential primary, issues regarding wealth and race in New York City emerge to the center stage once again. Bloomberg has, so far, side-stepped the issues of inequality and racist policing in NYC to appeal to Black voters. Although Bloomberg launched the Young Men’s Initiative, another former Mayor, John V. Lindsay, was criticized for working with neighborhood leaders in a similar manner.

In contrast with Bloomberg, Lindsay captured 45% of the Black vote in 1965 and governed New York City at a time of racial unrest. Lindsay was not a billionaire or a media magnate. But Lindsay’s “equality” was felt in black neighborhoods where he made routine walking tours and worked with community leaders. One of those leaders was a man named ‘Allah,’ founder of the Five Percent Nation of Gods & Earths.

Despite the media’s sensationalist mischaracterization of Allah’s Five Percenters as “militant black separatists,” Lindsay (a white Republican) saw something differently first hand – that the group was here to add value to NYC – and that they did. Just after the assassination of Dr. Martin Luther King Jr. in 1968, Lindsay walked the streets of Harlem to give his condolences to the community. Community members were poised to riot, but Allah and his Five Percenters righteously quelled the emotional flames of would-be rioters – saving the city from destruction.

Since then, Five Percenters were leased what is now Allah School in Mecca in Harlem, New York. This deal was negotiated by Allah, Barry Gottehrer, an executive assistant to Mayor Lindsay, including the New York Urban League. The school – located at 2122 Adam Clayton Powell Boulevard, at 126th St. (Allah, Justice & The Five Percenters Square) – serves as an outreach center for the community. Here, community members come to learn about the knowledge of self, leadership, responsibility, including the meaning of being civilized and righteous.

As we turn to the 2020 presidential race, Bloomberg has shown a willingness to court Black voters with millions spent on ad campaigns specially targeting the Black community. The ads seem to address generational wealth and the barriers in our community to achieving it. In one Twitter post, Bloomberg says he will invest $70 billion in Black neighborhoods among other promises.

Did They Receive More Gold?

These promises seem to be enough to woo and grab the attention of several Black leaders. An important lesson many of whom have yet to learn is that the promise of ‘more’ has been a common strategy to get Black votes. The promise of ‘more’ was also made to Africans brought here during the TransAtlantic slave trade. History has proven that, over and over again, such promises were not exactly kept – police brutality persisted and income gaps have widened.

Some might recall, Bloomberg said in a 2011 interview with PBS’s Jeffrey Brown, that “Blacks and Latinos score terribly in school testing compared to whites and Asians.” Bloomberg went on to say that, “If you look at our jails, it’s predominantly minorities. If you look at where crime takes place, it’s in minority neighborhoods. If you look at who the victims and the perpetrators are, it’s virtually all minorities. This is something that has gone on for a long time.”

Bloomberg further added that, “There’s this enormous cohort of Black and Latino males aged, let’s say 16 to 25, that don’t have jobs, don’t have any prospects, don’t know how to find jobs, don’t know what their skill sets are, don’t know how to behave in the workplace where they have to work collaboratively and collectively.” Aside from Bloomberg’s Stop-and-Frisk policies as Mayor, voters may want to know how much of that $70 billion will go to correcting this problem?

Mayor Lindsay’s vision included creating a common cause with Black communities. Today’s presidential candidates should do the same if they are serious about making America stronger by addressing systemic racism and income inequality. One thing they can do is create ties and opportunities with leaders of impoverished neighborhoods. For example, when Allah met with Barry Gottehrer, he did not ask for money. Instead, he asked for bus trips and a school to teach and prepare at-risk youth for college and training. Bloomberg’s Young Men’s Initiative is a good start.

While the promise of “studying” the idea of monetary reparations to Blacks may seem like a great idea, we should ask ourselves if that fixes the underlying issues we face in America. Beyond this, we should demand a commitment from presidential candidates that more be done to address these prevailing issues in exchange for our votes. After all, many leaders in the Black community including Five Percenters are ready, willing and able to deal in Equality.

Starmel Allah graduated with honors from The City College of New York with a B.A. in Political Science. While at City College, he was a member of the Skadden, Arps Honors Program in Legal Studies and the Colin Powell School for Civic & Global Leadership. He is also the author of The Righteous Way (Vol. 1 and 2) where further reading about Allah’s Five Percent nation can be found.