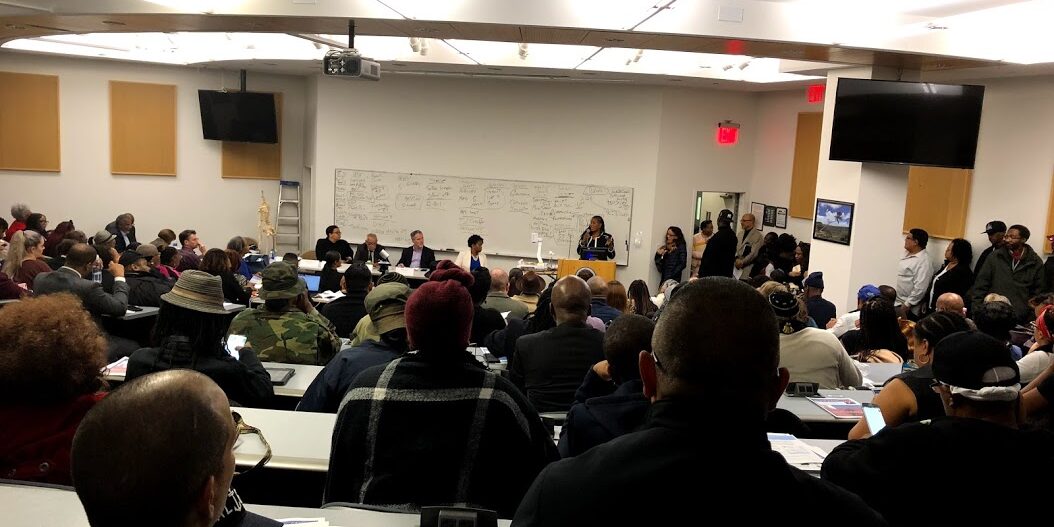 The process of changing a street name begins with signatures. An individual hoping to change a street name needs signatures (online or in-person) and addresses from at least 75% of residents and/or business people on the specific block. For example, if the block has 200 units, a petition needs a minimum of 150 signatures of support to move forward. We accomplished this without a problem.

After acquiring the necessary number of signatures, the next step is to bring the petition to the local community board’s traffic and transportation committee and to fill out the board’s specific application. The proposal to co-name the intersection of 126th Street and Adam Clayton Powell Jr. Boulevard, “Allah, Justice & The Five Percenters Square,“ went before the Transportation/Historic Preservation & Landmarks Committee.

The committee takes roughly a month to look over an application to make sure it falls under the board’s guidelines. If the committee approves the application, it is brought before the entire community board for deliberation. On November 7, 2018, various members of the community including countless members of the Nation of Gods & Earths, attended Manhattan Community Board 10’s General Board Meeting at Tuoro College (231 West 124th Street, 2nd Floor).

After attending this meeting in full force and resounding support, the Community Board took a vote on the Resolution. With 26 votes to approve, 1 nay and 1 abstention, we received the votes needed to advance to the next phase. The proposal will now go to the city’s legislative body: the New York City Council.

The City Council carries out evaluations of applications and potential street name honorees. A specific council member is also required to submit a detailed report on potential honorees. Our honorees, “Allah, Justice & The Five Percenters,” have made a significant contribution to Harlem community and greater New York City area by inspiring youth to further their education including becoming productive citizens while obtaining the Knowledge of Self. If any complications concerning a proposed name change arise, the council speaker’s leadership team takes a final look. Twice a year, the City Council votes on street name changes.

After approval by the City Council, the mayor has the power, though it is rarely used, to veto a new street co-naming. After passage, the city’s Department of Transportation will put up a new sign, usually within six months. Stay tuned for updates on this important and historical event!