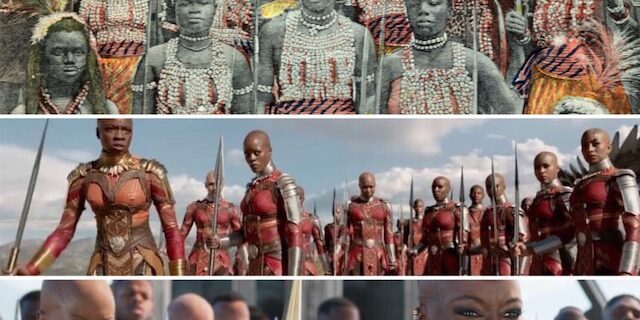 When I asked my Haitian father about our ancestors, he told me that his great grandparents came from Cuba. I then asked if he could go further back. He told me that according to our family’s oral tradition, our people came from Dahomey, near Nigeria. The kingdom of Dahomey lasted from about 1600 until 1894, when the French defeated its last king, Béhanzin. The country then became a part of the French colonial empire which exported many of its people to the west indies during the Trans-Atlantic Slave trade.

The Haitian Revolution was a successful anti-slavery and anti-colonial insurrection by self-liberated people against French colonial rule in Saint-Domingue, now the sovereign nation of Haiti. The revolution began in 1791 and ended in 1804. It was the first and only slave uprising that led to the founding of a state which was both free from slavery, and ruled by non-whites and former captives. It is now widely seen as a defining moment in the history of racism in the Atlantic World.

Its effects on the institution of slavery were felt throughout the Americas. So, I can imagine for many Black folks, the Black Panther movie gives us something to be proud of. The movie inspires strength, provides empowerment, and engages imagination. It not only highlights the Black male superhero image, it also adds to the Black female superhero image seen in X-Men’s Storm with well-trained women warriors.

Seeing the warrior women in Black Panther brought to mind the fearless warrior women of the Dahomey kingdom. They were an all-female regime of the Fon people of what is now the Republic of Benin. These sistahs helped to defeat the French in the First Franco-Dahomean War in 1890. They fought alongside the men and referred to themselves as Ahosi, which in the Fon language means “king’s wives.” This got me to thinking about our queens, or rather, warrior-queens. The Black Panther movie shows us that our women are very capable warriors and we should trust them.

Angela Bassett, who plays Ramonda (Black Panther’s mother), remarked, “In African culture, they feel as if there is no king without a queen. And I think in this story, it highlights the queen, the warrior, the general – the young sister.”

Warrior women have fought beside us against colonialism, oppression, discrimination, racism, and just about every form of injustice throughout history. Black women have crafted their own vision of what it means to be a sistah, a mother, a queen and a warrior. Without them, we may not have made it this far. This is why in The Righteous Way book, I mentioned Auset (Isis), Queen Tiye, Queen of Sheba, Makeda, Nzinga, Hatshepsut, Nefertari, Nefertiti, Yaa Asantewa, Harriet Tubman, and Sojourner Truth.

My message to Black women is that you are a queen and your crown is your intelligence. Now is the best time for women to draw on the types of movies, movements, and music that inspires and empowers. When the masculine and feminine principles are one and working together, they are unstoppable. The Black Panther movie does a wonderful job at illustrating this with powerful visuals. After seeing the movie, I encourage you to read more about African kings and queens, and their kingdoms.